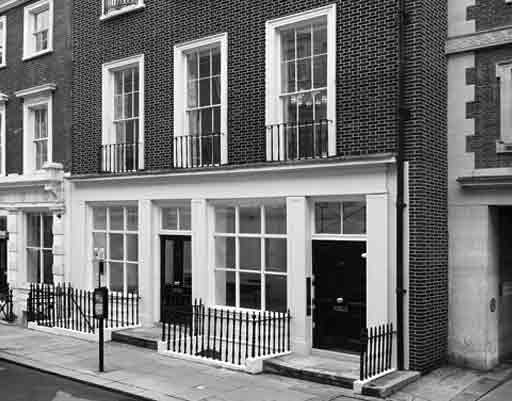 LAZINC OFFICIALLY LAUNCHES AND OPENS ITS DOORS IN MAYFAIR

January 2018 sees the launch of Lazinc, a new flagship gallery space in the heart of Mayfair.

Lazinc is based on a joint partnership with contemporary art specialist, Steve Lazarides, who founded the existing Lazarides business in 2006, alongside eminent art collector and global retail expert, Wissam Al Mana. Lazinc will incorporate the existing Lazarides business, which has already produced internationally acclaimed projects in New York and Los Angeles as well as solo exhibitions, art fairs and museum collaborations across London and Europe.

Lazinc now comprises a flagship gallery in Mayfair, the Lazinc Banksy Print Gallery on London’s Southbank and an e-commerce print sales business based in Greenwich.

Alongside a rich roster of primary artists including: JR, Invader, Todd James, Mark Jenkins and Vhils, the gallery will look to acquire dynamic estates and undiscovered bodies of work by lesser known artists and historic movements reminiscent of the Lazinc ethos to be uninhabited, expressive and disruptive.

Steve’s existing curation will be enhanced with international artists and expertise from Wissam Al Mana and the two are working side by side to refresh and build an innovative new programme.

Having already earned a robust reputation as one of the world leaders in the provenance and re-sale of high-value Banksy works, Lazinc will continue to evolve and develop secondary market sales by artists that have historically fallen within a left-field, street art category, including Keith Haring and Basquiat, in addition to continuing to build a distinctive private Lazinc collection.

Lazinc will officially launch the new gallery space with an exhibition by French artist and photographer, JR, on the 11th January 2018 entitled ‘Giants – A Body of Work’.

Lazinc’s new gallery is a vast two-storey, 4,000 square foot space on London’s Sackville Street, dating back to the 17th century with a series of classic early 19th century alterations. The English heritage listed townhouse will showcase some of the world’s most transformative and pioneering artists, in tandem with a cross-disciplinary programme of events and previews, reflective of the background and passion of co-founder Steve Lazarides.

“It feels like a natural time for us to be starting a new chapter. The move to Mayfair allows us to broaden our international programme and provide the developmental and curatorial support that our artists deserve. At the heart of Lazinc our values still remain – representing disruptive artistic practice at the forefront of the contemporary art scene.” Steve Lazarides & Wissam Al Mana

The new website with Lazinc’s new branding and logo is now live: lazinc.com.