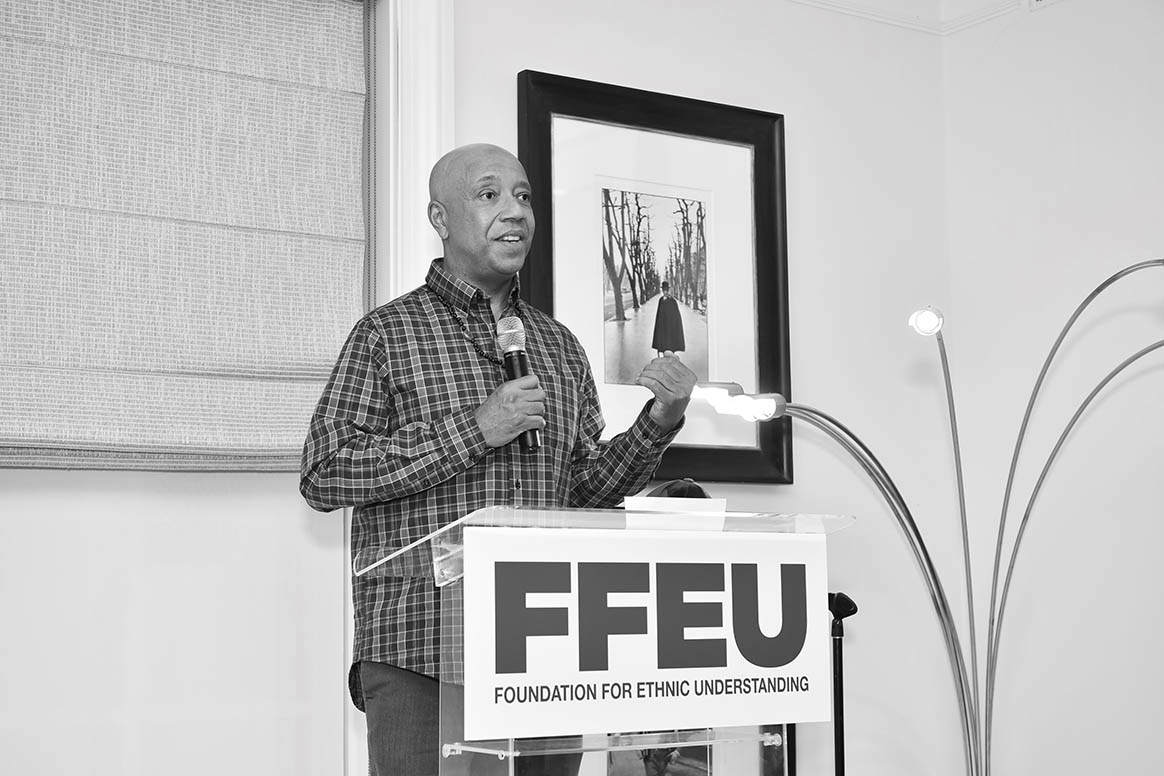 The Foundation for Ethnic Understanding (FFEU) unveils ‘Muslims Are Speaking Out’ MASO – a national initiative to highlight and combat Islamophobia in the United states.

The event was held at the New York home of Epic Records Chairman Antonio L.A. Reid and his wife Erica Reid on Thursday, May 26.

Although Wissam Al Mana, a patron of the cause, was unable to attend, other FFEU ambassadors and key figures including New York City’s Mayor Bill de Blasio and Congressman Andre Carson were among the guests. National leaders of American Muslim, Jewish and Interfaith organisations all joined the nexus of this great cause led by Chairman Russell Simmons and President Rabbi Marc Schneider.

The pioneering milestone that is MASO – ‘Muslims Are Speaking Out’ is anticipated to launch nationally on the 27th June, 2016.